During winter 1974/19751), aspen hybrids, Populus tremula x P. tremuloides and P. tremula x P. grandidentata, were found infected with canker in the East of France (Nancy and Epinal). No native P. tremula were diseased in the surroundings of these plots and it was concluded that the pathogen had been introduced. The causal agent was identified as H. mammatum which is included in the EPPO A2 Quarantine list2).
In May 1975, a survey conducted in the French Alps revealed the presence of cankers in natural stands of P. tremula (mountain race) ; see appended map. It seems that the fungus was introduced in Nancy before 1961 with plant material (flowering branches of P. tremula) from the alps, used for hybridization.
Urosevic (1972)3) reported on the occurrence of H. mammatum in Czechoslovakia and it could be that an extended area is infected in Central Europe.
The fungus is known to cause considerable damage in the United States and Canada.
1)        Pinon, J . (1975). C.R.Sc. Acad. Agric. Fr. ; juin.
2)        EPPO Recommendations on New Quarantine Measures. EPPO Bull. 1975, Special Issue : 30 p.
3)        Urosevic, B. (1972). The occurrence of Hypoxylon canker of poplar in Czechoslovakia. Prace Vyzkumneko Ustavn Lesniko Hospodarstvi a Myshivosti 42 : 119-128 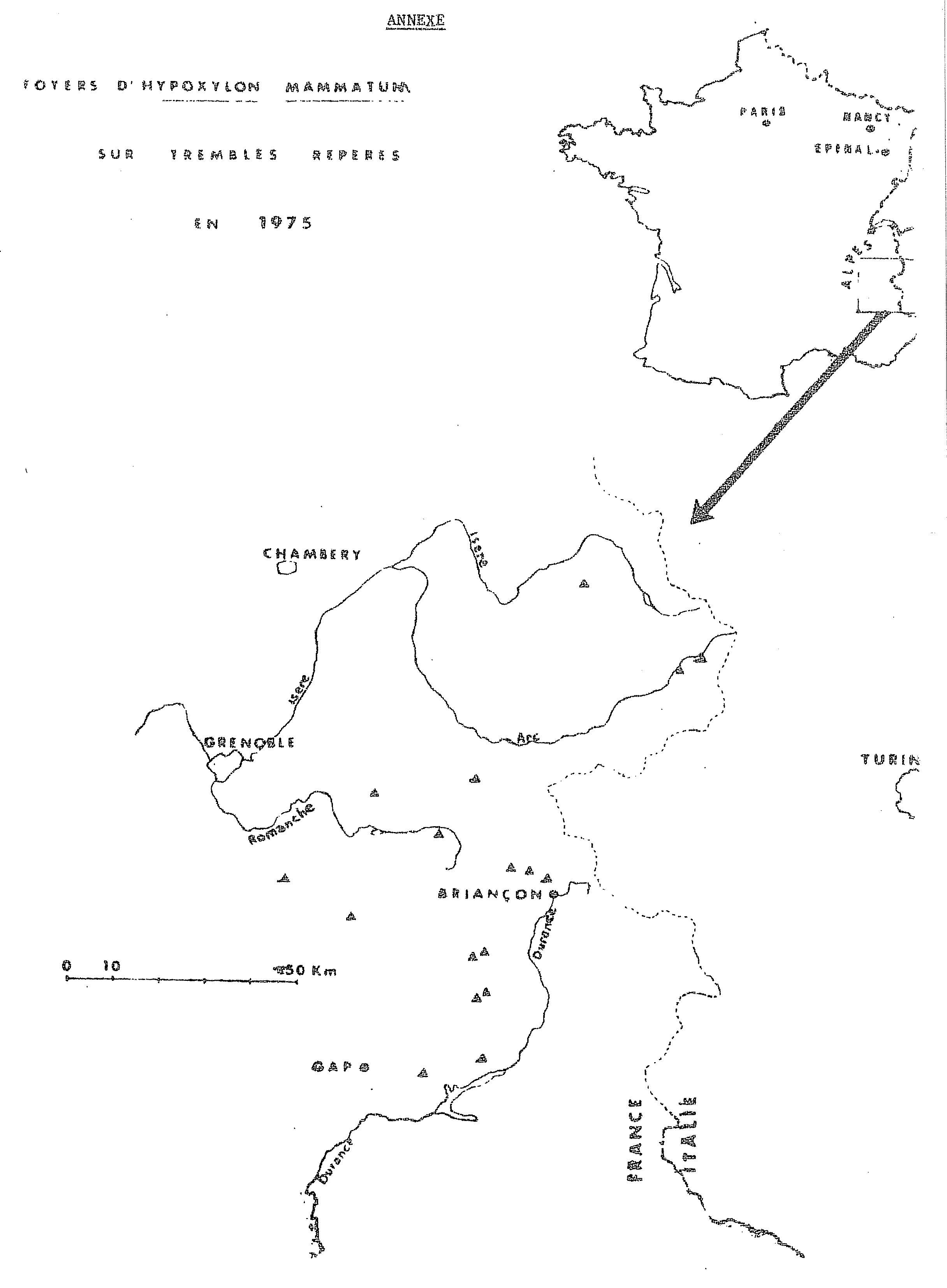