The results of two days meeting on Erwinia amylovora (EPPO A2 quarantine pest), at the Istituto di Patologia Vegetale in Bologna (IT), have been published. Information is given on the disease in general (symptomatology, epidemiology, control methods, diagnostic) but also on phytosanitary regulations and the monitoring programme implemented in Italy. On the cover of this publication, a coloured map representing the geographical distribution of fireblight in Europe has been drawn by Prof. Carlo Bazzi, who kindly allowed us to reproduce it in the EPPO Reporting Service. The black dots represent nearly the areas/country where fireblight is present (or, at least, has been reported) but single well defined dots (e.g. in Italy, Bulgaria, Romania, France etc.) have a precise "meaning" and indicate the presence of a foci, according to official reports. The EPPO Secretariat has slightly modified the original map by adding two dots in Italy, as two new foci have recently been reported near Bologna (see EPPO RS 94/114).
Fireblight in Europe (Courtesy Prof. Carlo Bazzi, Istituto di Patologia Vegetale, Bologna, (IT)) 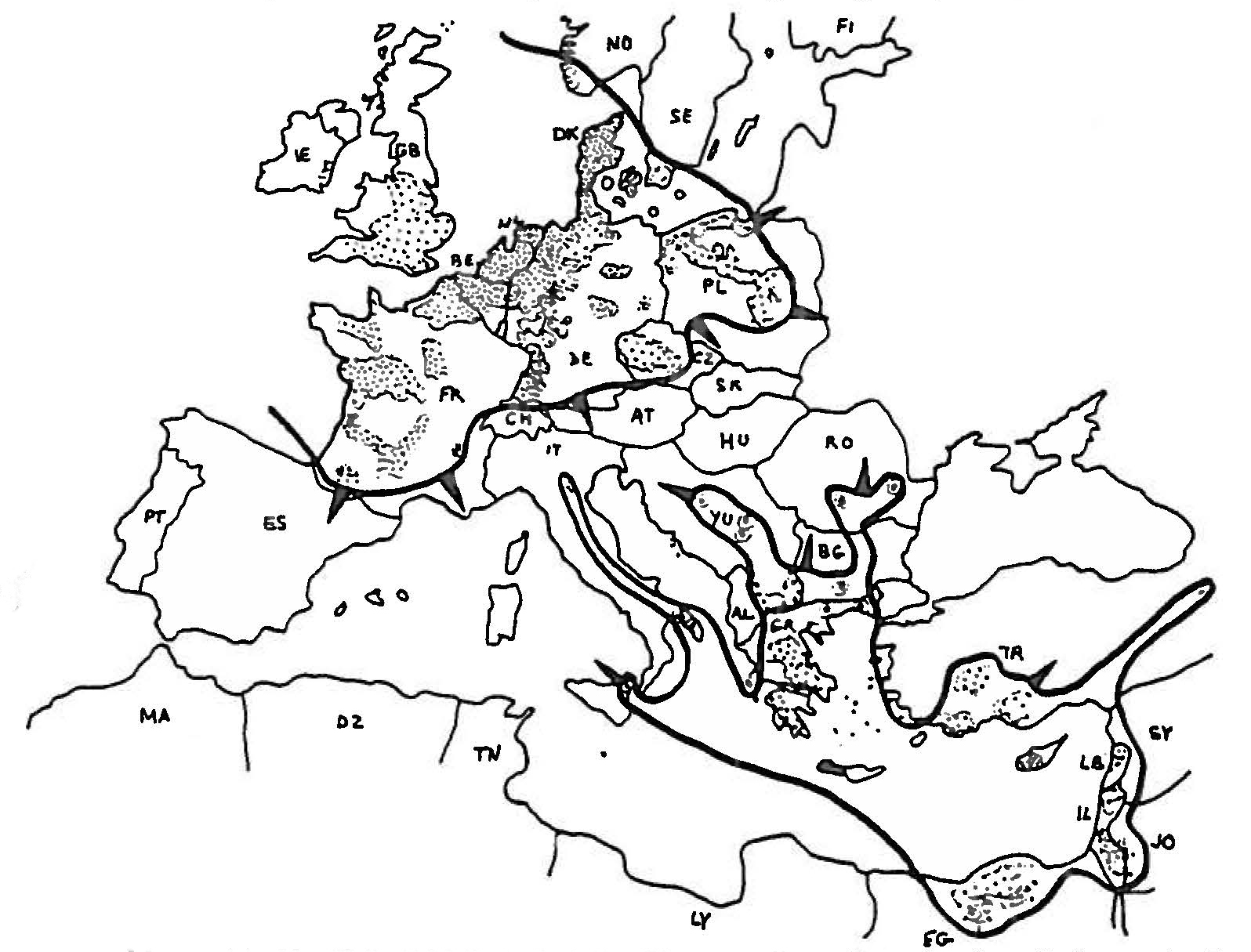