The New Zealand flatworm Artioposthia triangulata is a large platyhelminth worm which can grow to 17 cm in length, and is an obligate predator of earthworms. It has a dorsal surface which is a dark purplish brown colour with a narrow buff/pale yellow margin with numerous small specks of grey. The ventral side is also buff coloured with many minute grey specks. It is flattened dorso/ventrally and covered with a sticky mucus. A. triangulata was first described from New Zealand in 1894 where it is restricted to woodlands and gardens in South Island (east and south). The flatworm was first recorded in Northern Ireland in 1963, in England and Scotland in 1965 and in the Faroe Islands in 1982. A. triangulata became widespread in Northern Ireland, Scotland and the Faroe Islands. Some records were made in the north of England: 2 in 1992, 3 in 1993 and 20 in 1994. A. triangulata was considered as a curiosity until it was shown that it was responsible for a decline of native earthworms. It is thought that A. triangulata has been introduced from New Zealand and has then spread on plants in containers.
Another species, Australoplana sanguinea var. alba, was found in 1974 near Belfast (Northern Ireland) and in the Scilly Isles (southwest England) in 1981. This flatworm is thought to originate from Australia and is also present in the South Island of New Zealand.
The authors have applied the CLIMEX computer programme in order to predict where these two introducted flatworms could establish in Europe and have proposed the following map. 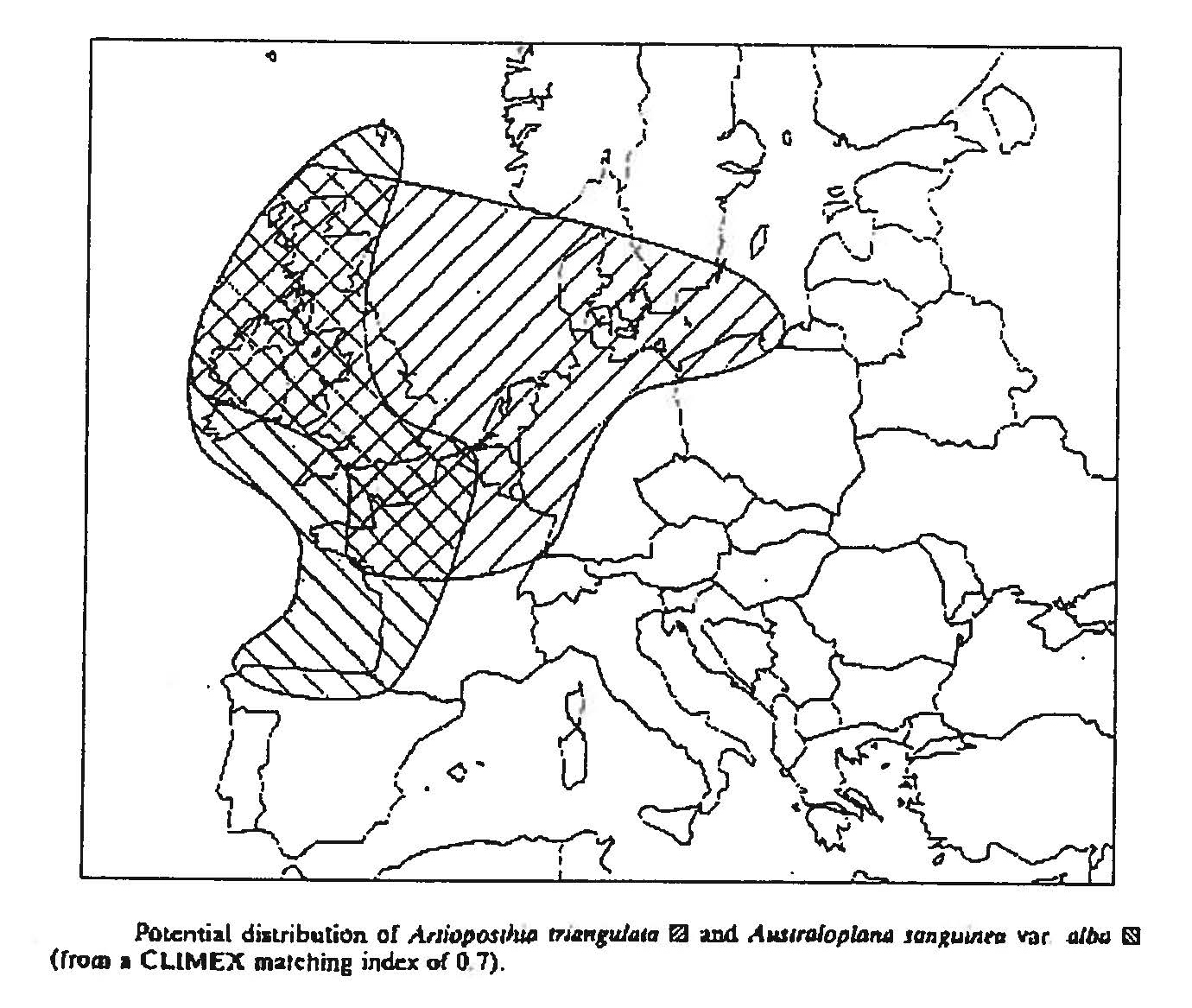