The French Plant Protection Service has informed the EPPO Secretariat that Cacyreus marshalli (EPPO A2 quarantine pest) was found in the département of Pyrénées Orientales (south of France) in 1997. It can be recalled that C. marshalli is a pest of pelargonium which was introduced into Europe in 1989, in Menorca (Baleares, ES – see EPPO RS 520/03, 1992), probably from southern Africa. It reached continental Spain in the early 1990s (EPPO RS 94/033), and was found in Italy in 1996 (near Rome – see EPPO RS 97/139). The pest is widespread in Pyrénées Orientales, and high levels of infestation have been observed on pelargonium plants (up to 99 % plants attacked).
The following map (courtesy of French Plant Protection Service) illustrates the spread of C. marshalli in Europe. 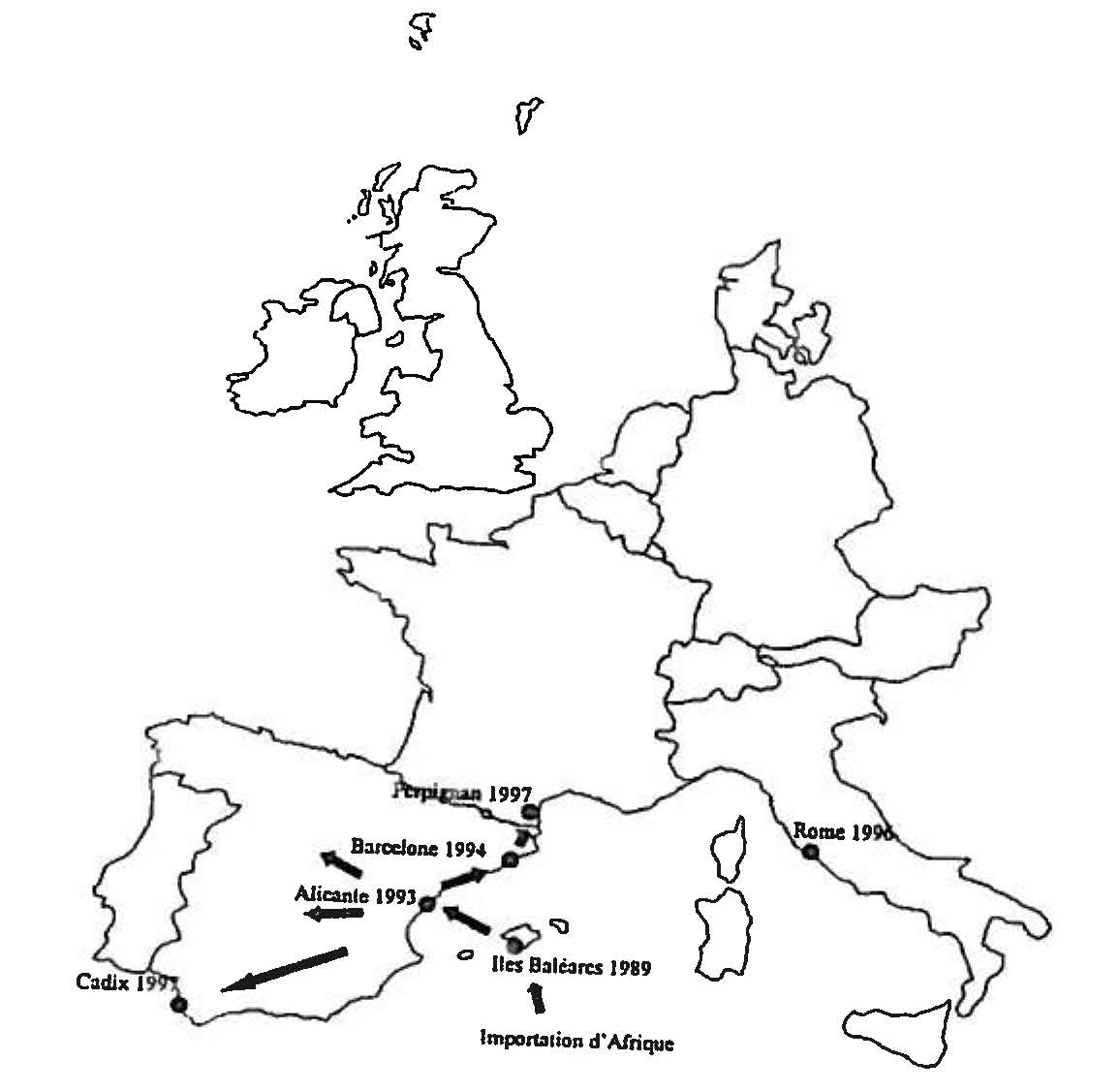