The situation of Diabrotica virgifera (EPPO A2 quarantine pest) in Central Europe was presented in detail in EPPO RS 98/001. The following map was prepared by the coordinators of the FAO/TCP project on western corn rootworm and was kindly provided to the EPPO Secretariat. It illustrates the areas where the pest has been trapped since its introduction into Yugoslavia in 1992. 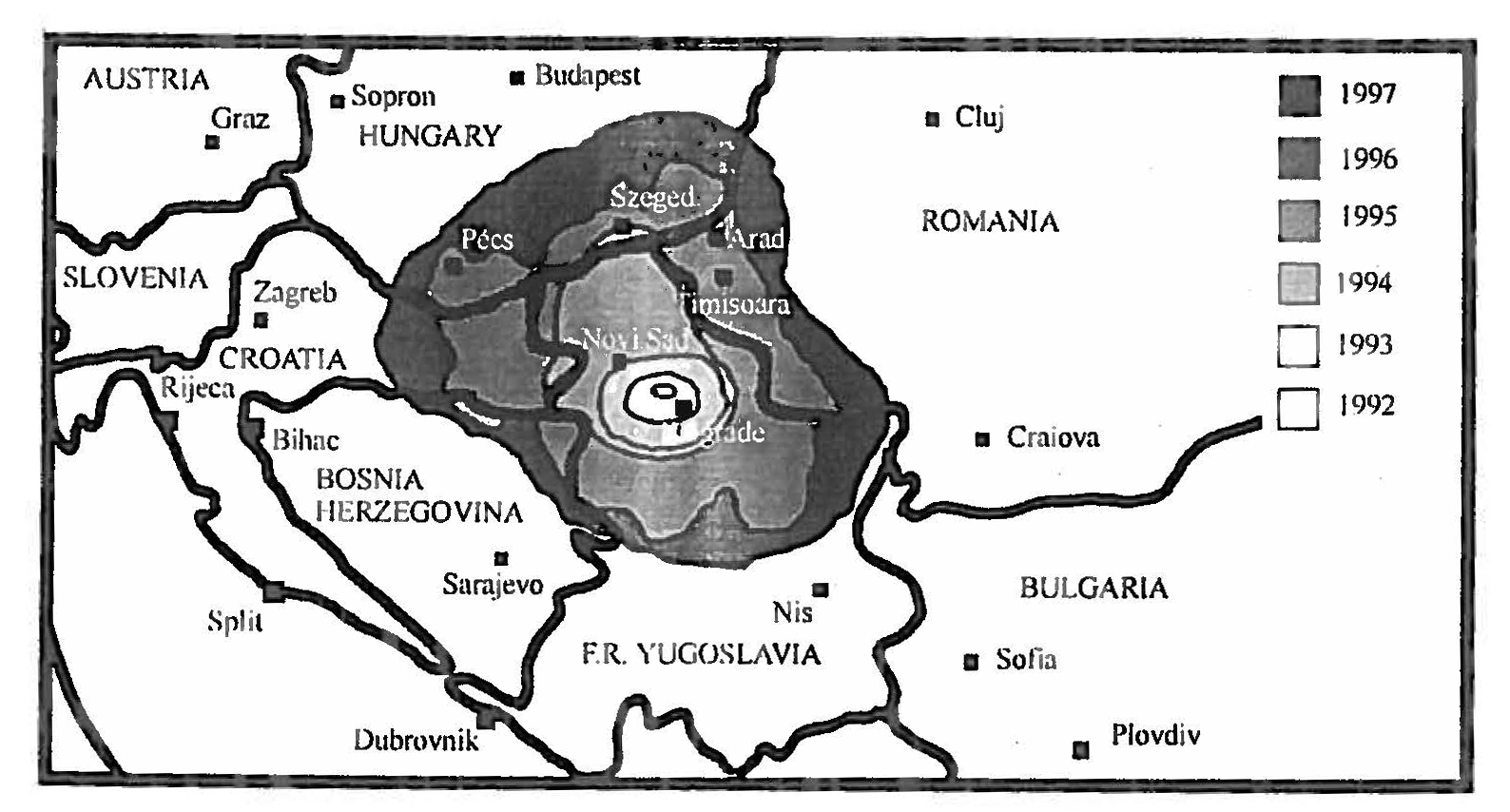